I have started a Podcast that can be available on two services;

People travel to learn more and to enjoy life better with their wast knowledge that they gain from their travels. They can easily do that with reading a book you ll say and believe me some do it that way and have a great imaginary world of their own. That is another story that we will not deal here.

We are here to talk about facts and real memories that you gain with traveling. Actually, we are here so YOU can talk about the real memories and experiences of your own in the near future after touring with us. To achieve this we want you to be ready for this travel experience and be ready to broaden your perspective about life and the way you see it. Because there is always something new added to ones brain i.e database that makes life more enjoyable or acceptable in many ways.

Ephesus could be older than 2000 years old or there could be a 3500 years old Egyptian Obelisk in the middle of Istanbul. We want you to understand the reasons behind why there is an Egyptian Obelisk there and how old really the city of Ephesus is. These little stories is what you will remember at the end. The stories that catches the interest of your mind by catching interest of the eyes first.

“Our Tour Guides are carefully selected among the best ones” this is what you will read all the time when looking for a tour company. I go beyond and say that we only work with the elite of Tour Guides that shares the same passion and vision with us. This is why our tours are more like being hosted by locals than just traveling to see ancient ruins.

Turkey is a great country to explore and we believe we will make it much more enjoyable for you by providing our services at the areas necessary. My aim is to be one of the pioneers of a new travel service concept with its bright minded and young staff that are willing to do their best to help people to travel to change the world. Because we believe “travel can change the world”...

Istanbul is one of the most populated cities in the world and the biggest city in Turkey. A great center for commerce and an important historical center where Romans, Ottomans and many other civilizations lived.

Visiting Turkey as a globe traveler would surely bring you to Istanbul. Spending many days according to your taste you will be wondering what the rest of the country is like. 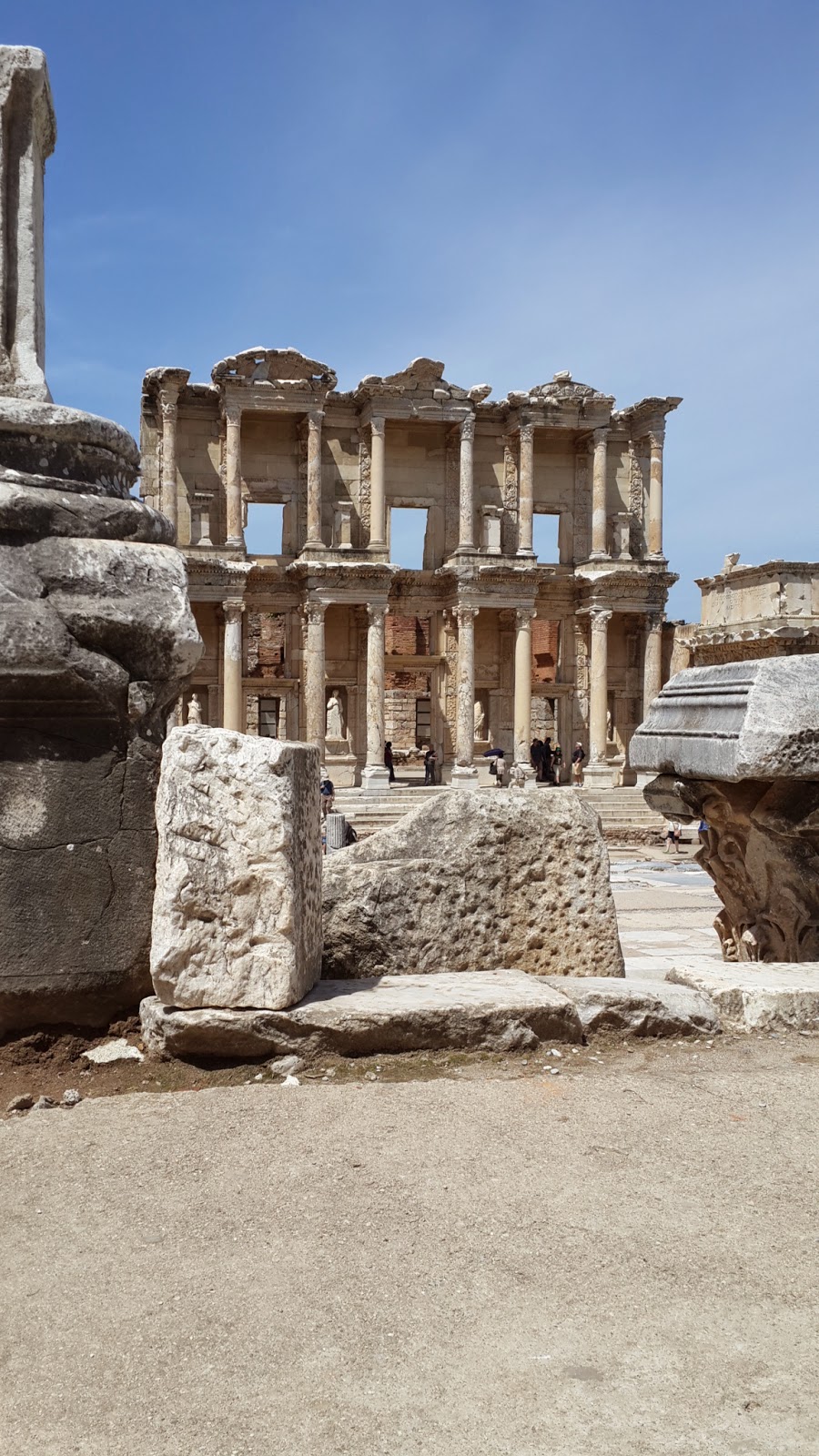 One of the best known location for a side day trip from Istanbul is Ephesus. The very best way to get there is by plane that will take you to Izmir. Otherwise the bus trip takes about 10 hours or driving distance is about 8 hours (I can drive you in 7 hours if you are brave enough :) ..). There are many companies that will fly to Izmir Airport from Istanbul airports. Depending on the time of the year the prices may change.

From Izmir to Ephesus

After you land in Izmir Airport you can find many Rent a Car options at the airport. If you wish to take public transportation there are busses that runs to the City Center (Konak area) and there you can take another bus or a taxi to the main bus station to find yourself a bus that goes to the town of Selcuk where ancient Ephesus is located. This option might take about 3 hours. From there you might need to walk or use taxi between the places of interest. Or you basically rent a taxi from the airport to take you to Ephesus, which might be an expensive option.

There is always an option of a professional touch to this excursion. You can take a look at this tour option from this link.

Ps: If you like animals, bring some cat food for the todays residences of Ephesus. 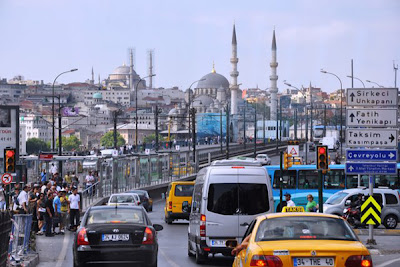 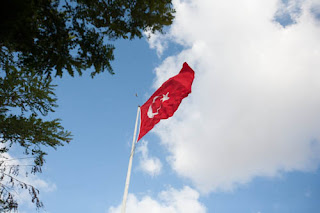 Getting to The Greek Islands 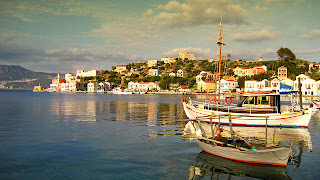 If you are coming for a tour around Turkey and willing to end it with a visit to the Greek Islands there are many different locations that you can take the ferry.

The ferry companies are Turkish and Greek. The morning ferries to the Greek Islands are operated by Turkish companies and they are not going on strike any time of the year :) . They will depart for the islands around 8 am and will arrive back from the island late in the afternoon around 5-6 pm. Same schedule applies for the Greek companies as well.

It is better to purchase the tickets locally at the towns from the companies because the ferries will only run weather permitting. You can still book online at your own chance.


For more information please check this site or just simply send me an email :)
It is great to see both sides of the Aegean to appreciate it more...

The best way to arrive to your hotel from the airport, if you have not arranged a shuttle transfer, is to take a taxi. Do not negotiate the price but use the taxi meter all the time (which is the legal way), this is for your adventage.

Istanbul have %125 more traffic than the normal (which is %50) during the rush hours. So it may take up to 1 hour to downtown, and also about 60 Turkish Liras. Normal case it is about 50 Turkish Liras.

Always take a taxi from the station or call it from the hotel. If you forget something in the car you always have a chance to contact the driver this way. 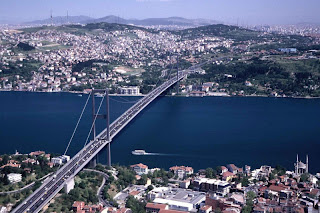 Hagia Sophia served Christian faith for a thousand years, Islam for five hundred years, and has been open to visitors as a museum for 75 years...

In etymological dictionaries, Sophia means wisdom, hagia means divine or holy, so the church was not dedicated to a saint but to divine wisdom. Byzantines thought that its impressive dome had been suspended from the heaven by a golden chain. Europe had to wait a thousand years to be able to built something similar to Hagia Sophia. 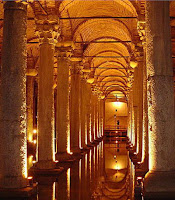 The Basilica Cistern is the largest of several hundred ancient cisterns that lie beneath the city of Istanbul.

Emperor Justinian built the Basilica cistern in 532 in the neighborhood of the Hagia Sophia. Constructed in the middle of the ancient city and not to lose any space they dug this cistern so that’s why it is also called the underground palace.Even today, many other buildings rest on these foundations. In this construction, columns and capitals from earlier monuments were used. 336 marble columns support the roof. The cistern is 70m wide, 140 m long and 8m high and was used for centuries as the main water supply for the city.However, some historians do not believe that this place was a cistern!!

This small church in this tranquil neighborhood Edirnekapı, is considered one of the most beautiful examples of a Byzantine church. Like Hagia Sophia, it was build as a church, converted in to a mosque by Ottomans, today a museum. 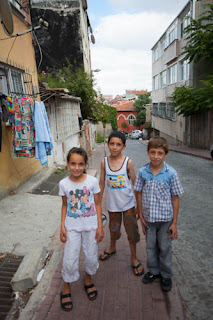 
The name Chora, referring to its location originally outside of the walls, means suburb. The original church on this site was built in the early 5th century, and stood outside of the 4th century walls of Constantine the Great. However, when Theodosius II built his formidable land walls in 413–414, the church became incorporated within the city's defenses, but kept its the name as Chora.

The Byzantine minister of treasury Theodore Metochites endowed the church with much of its fine mosaics and frescoes between 1315 and 1321. The mosaic-work is the finest example of a period called late Byzantine Renaissance. It was well cared for by the Ottomans and all the paintings and mosaics were covered with plaster or whitewash.By the time of the Republic, the mosque was converted into a museum and since that time, the Byzantine Institute of the American Boston University is working of the restoration of all the inner decoration.

In the mosaics and frescoes, the lives of Jesus and Mary and scenes of the bible are depicted, it is like Christian history is told in a comic book. These famous mosaics and frescoes are amongst the best preserved in the Byzantine art; the rich collection rivals the one in Ravenna. You might have read about the life cycle of Jesus Christ, but what about Virgin Mary?

To ask questions and to get more information please click here..